In 1891, The Zuid Afrikaansche Republiek passed the ‘Mint Act’. This lead to the Republic’s own coinage.

The currency was based on the British coinage of the time: The Pound and Half Pound in gold; the Crown, Half Crown, Florin, Shilling, Sixpence and Tickey in silver; Penny, Half Penny and Quarter Penny in bronze. The last two coins were never minted and the weight of the coins was identical to that of their British counterparts.

It was a time of great pressure for President Kruger as it was time for re-election.

He had two challengers who were well regarded throughout the republic. They were General Joubert and Chief Justice Kotze.

President Kruger came up with what he thought was a brilliant strategy. He decided that the quick introduction of coins into the republic would be an excellent public-relations maneuver. With his image on the coins, it would make him appear more Presidential than ever and he would be in the running for re-election.

His opponents were also quick to point out that on the obverse of the coin, you could see the letters ‘OS’ on President Kruger’s bust. ‘OS’ is a Dutch word for ox. They started telling the constituents that this stood for “Dumb-ox Kruger”. The letters which appeared were in fact the coin-die engraver’s initials, Mr. Otto Shultz. He had followed the customary procedure of placing his initials on the dies which is still done today.

President Kruger immediately went into damage control. He had a very fierce temper and did not like being called an ox! He decided to recall all the coins in order to prevent any further damage. When people heard that the coin was being recalled, they were in even greater demand than before. Very few of the coins were ever returned. The initials ‘OS’ were removed from the new coins and alterations to the coat of arms were made.

Fortunately for President Kruger, he recovered from his coin mishap and won the election by the very thinnest of margins. The corrected ponde were struck without any changes from 1893 – 1900. It can easily be summated that the Krugerpond of the ZAR highlights some of our countries most significant history and events. Coins are often referred to as being the capsules of time, as they chart and recount the history, events and times during the days of their minting. 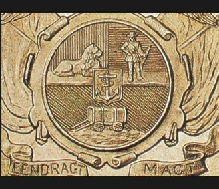 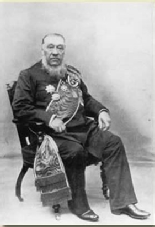 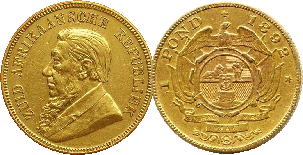