Towards the end of 1901, the British forces advanced so far and controlled most of the Republics, and the struggle was growing ever more unequal for the Boers, now on the losing side. The Z.A.R. government was already in the field with the forces, and cut off from all resources. Money grew scarcer by the day, and it was not long before all resources were depleted. Money was urgently needed by the Boer forces to buy provisions, from the black tribes. The paper money that the government had brought into circulation was unacceptable to the blacks. 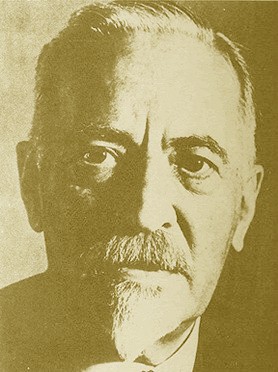 “Staatsmunt te velde” could come into operation, under the supervision of the “Hoofd van de Staatsmunt te Velde”, Mr P.J Kloppers (on the left), a teacher from Barberton. The Boers had some gold bar and there was  gold in the mines around Pilgrims Rest, as well as alluvial gold.

The process of manufacturing the handmade dies began using two steel cylinders that were heated and then cooled slowly to soften the steel.

With a small hardened chisel "Z.A.R. 1902" was engraved on the obverse, and "Een Pond" on the reverse. The engraved dies had to be hardened by reheating and cooling so that the wording could be impressed on to the gold blanks by the toughened steel, and after a lot of hardship and difficulty, a set of dies which could be used to mint the 1902 Veldponde were eventually ready. The gold which was used to make the sheets from which the blanks were to be made kept cracking. A solution was eventually found by adding a mercury solution,and the gold could eventually be milled, using 24 carat gold. The blanks for the Veldponde were pressed out by using an improvised fly press, a machine used for punching holes in corrugated iron. And so the "Staatsmunt te Velde" came into being. With- a great deal of hard work and effort 986 Veldponde were struck. These rank as siege pieces and are today among the most precious historical treasures a collector could hope to possess. “ Veld Ponde” are pretty scarce today. Years ago numbers of 1902 Veldponde were mounted and worn by their possessors as brooches or watch chain pendants. A number of these 1902 Veldpond coins also underwent the indignity of being pierced. Fine, well preserved, untouched specimens of Veldponde are however, still to be met for the fastidious collector.

The obverse (front) of the 1902 Veldpond depicts the words ZAR and 1902, while the back has the inscription “Een Pond”. The 1902 Veldpond is the final coin in famed ZAR “Big 5”. It is also quite ironic that when the minting of the Veld Ponde was completed, the “Boer War” had ended.

To date, only 190 Veldponde have been graded by the top 3 institutions who grade ZAR coins, being PCGS, NGC and SANGS. 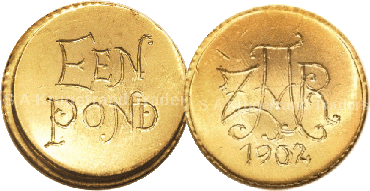 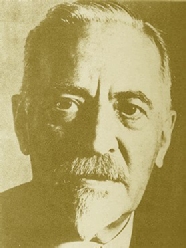