The “Oom Paul” press, named after Paul Kruger, which was manufactured in Berlin by Ludwig Loewe in 1891,is one of the oldest working coin presses in the world, and is housed at Coin World at The South African Mint. This ancient press was one of the presses used in the 1800’s to mint the historical “Kruger Ponde”, and the first Krugerrand was also struck on this antique press on 6’th July 1967.

The 2001 limited edition proof “Oom Paul”, Coin World (CW) Launch (Mintmark) Krugerrand's are the first Krugerrand’s to be minted which feature a mintmark since the 30’th anniversary Krugerrand, as well as the scarce Sabi Sabi Krugerrand,and were struck on the antique “Oom Paul” Press.

The mintmark which is featured on the 1oz - limited edition 2001 Launch Krugerrand, is an image of the ancient “Oom Paul” press and CW (Coin World).

A total of only 395 “Oom Paul” mintmark Krugerrand's, which are presented in a wooden case, were struck by The South African Mint, and these coins capture the history of South Africa’s gold coin industry forever. 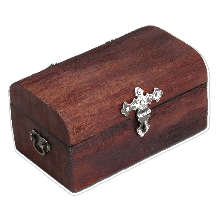 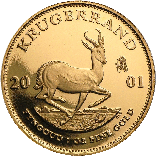