The mint of Norway were commissioned in 2009 to mint a very special medallion, the 24 carat gold Robben Island Mandela, in order to commemorate the 18 years which Nelson Mandela was incarcerated on Robben Island.

Robben Island which is a U.N.E.S.C.O world heritage site and lies approximately 3km’s from Cape Town, and hosts more than 70 bird species, 23 species of mammals and spectacular vegetation.

Robben Island is better known, as the place where one of the most famous statesmen, Nelson Mandela was incarcerated for 18 years, of his life

The mint of Norway have minted a limited edition of only 2010 X ½ ounce 24 carat gold Robben Island Mandela medallions, which portray the bust of Nelson Mandela

on the obverse (front), with the inscription “Nelson Rolihlahla Mandela”, and 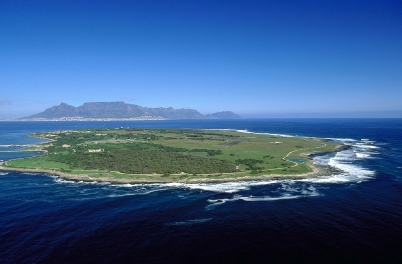 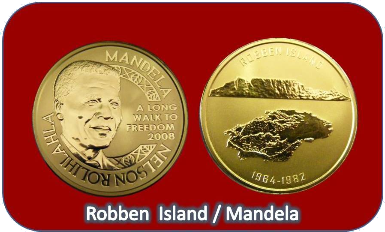