The limited edition 10 year democracy gold Mandela sets, more commonly known as The warrant of arrest sets or 10 year democracy prestige sets have a maximum mintage of 400 sets. The coins are similar to the proof sets except that these coins bear a special mintmark, being the 10 years of freedom logo. These  sets are exquisitely presented in a wooden box with a copy of the original warrant of arrest for Nelson Mandela. The tenth ounce also has a mintmark, ten years of freedom. This was the first time that a tenth ounce gold coin was produced by

The South African Mint which portrays a mintmark.

A total of 98 - 10 year democracy gold Mandela 24 carat gold 1 ounce coins were minted with the 10 years of democracy mintmark and these were minted for the international market. These coins are not in a set and are better known as the International coins

These sets consist of a 1 ounce 24 carat gold limited edition mintmark Protea. A 5 ounce bronze medallion which portrays the bust of Nelson Mandela on the obverse and the Union Buildings on the reverse is included in the set. 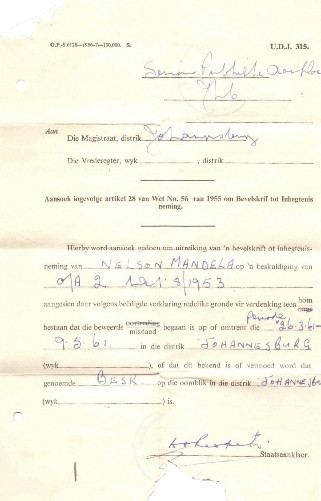 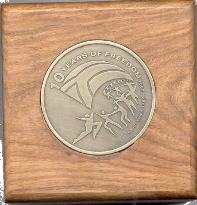 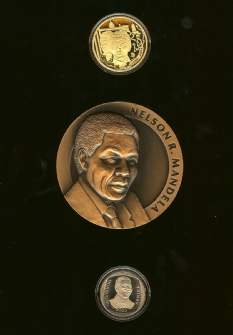