ZAR era coins are highly sought after numismatics due to their genuine low mintages. ZAR  coins were minted for the people of the “Zuid Afikaansche Republiek” which consisted of the old Transvaal and are romantically interwoven with the history of the country. 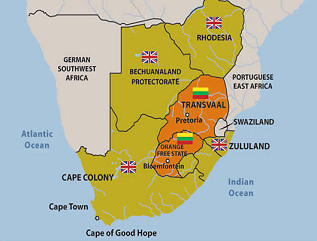 The reason  ZAR (Zuid Afikaansche Republiek) coins have such low mintage figures is due to the unique history of South Africa. When the first coins of the ZAR were struck, they were not struck for the country as a whole, but for the separate colonies of the time. Unlike the United States which was made up of 13 original states, South Africa consisted of individual and separate colonies. The first coins that were struck for South Africa were the Burgers ponde (Burgers pounds). They were commissioned by President T.W Burgers and had mintages of 695 for the ‘finebeard’ variety and only 142 for the ‘coarsebeard’ variety. These coins were never actually used as currency, as there was fear that there would be reprisals from British bankers at the Cape Colony. The Volksraad (leader’s council) feared that the British would view the production of coins as a challenge to Britain. President Paul Kruger of the Transvaal went on to strike coins that, even at their time of mintage, were rare. He had 77 576 ponde struck in 1892, of which there were 15,650 double shaft and 61926 single shaft ponde minted. The population of the Transvaal at that time was over 80 000 people.Numismatists (coin collectors) around the world are usually astounded by the low mintage figures of ZAR era coins, and therefore ZAR era coins continue to be highly sought after numismatics items by collectors.